Wash up your flash meomories! 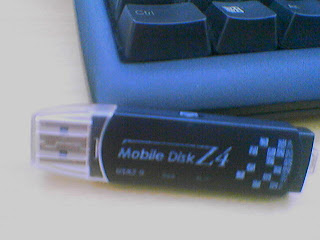 Last Saturday with displeasure I found, that I've forgotten my personal flash memory of 2 GB in the jeans, which my wife have already been finished washing. It had occurred to me too late. I decided, that it can hardly survive after the two hour trundle and wash with strong powders in the washing machine. But, after I dried it for two days I finally found with pleasure that it works perfectly normal. I don't know whether the fact that I have left the cap closed didn't allow entering of much moist, but maybe the corpus itself does matter. I want to praise the manufacturer TwinMOS, for what they did - a product steady even on washing.

Now the memory works even better! Only the stamp did suffer and is more pail now.

I'm using the possibility to thank my ex-colleagues from OBS, which made me such quality present for my last birthday - TwinMOS® Mobile Disk Z4.