How do I build my server's kernels

With the recent Meltdown and Spectre critical vulnerabilities, I had to recompile my server's kernel quote often, so I established the following routine:

All this (except 4) could be automated in a bash script, but I'm feeling lazy, so I wrote it down here for my personal reference.

Yesterday, I lost my phone Samsung A5.2016. However, "lost" is perhaps not the right word here, as what I actually done was to forget it in my youngest doughtier kindergarten ODZ 188. I went there to attend an open lesson on hygiene and upon entering the building I was calling my wife. Then, I left the phone on a cabinet, so to be able to put leggins as the weather was wet and that was it. I'm not normally leaving my phone just like this, but perhaps I was in a hurry and distracted. I noticed the lost about an hour later, when I was taking my daughter home, but calling my number was already giving me the "the phone is switched off or outside network coverage" operator message.

I returned to search my phone, but it was gone and nobody knew anyting. Through, the Facebook's group of my daughter's group in the kindergarten, I learned that one of the mothers had noticed my phone when going out from the open lesson, which means it disappeared somewhere between 16:30 EET and 16:45 EET as when I was leaving I haven't noticed any phone on the shelf and I took my daughters art from there. I'm not sure what should I think, but I just cannot comprehend how my phone was taken from a kindergarten, where I'm taking my daughter each working day. I'm already desperate that I would recover my phone, but I'll publish it's IMEI and serial number here for those who eventually may find out that their phone was stolen (although this is not sure). 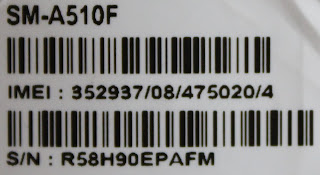 
Anyway, I still have hope that I wold recover my phone, so if you stumble on this message and had bough a second hand phone recently, check your phone and let me know if it matches the information above. I would pay you the price which you've paid if the data is intact.